Buckingham Palace and its collection 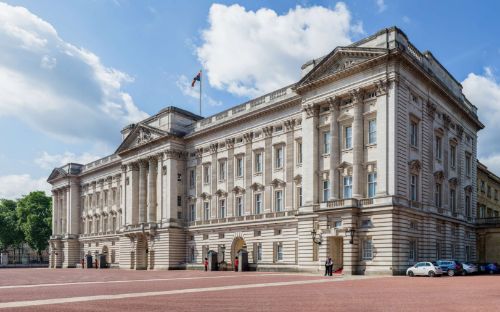 Buckingham Palace is the official residence of British monarchs. Originally built as a townhouse, Buckingham Palace was turned into a private residence for Queen Charlotte in 1761. The palace was reconstructed and enlarged during the 19th century and it has been used as a residence of the British monarch since Queen Victoria's reign. The building is a good example of Neoclassical architecture and has 775 rooms and the largest private garden in London. On selected days, some of the state rooms can be visited that are used for official and state ceremonies. The palace is also the backdrop to the regular Changing the Guard ceremony.

Discover all museums in London

No exhibitions in Buckingham Palace have been found.

Your review helps other people learn about great and less great museums. If you've visited Buckingham Palace, you can write your review below! Please pay attention to our content guidelines before you post your review.

Nearby and in or around London

Discover museums near Buckingham Palace in or around London.

Discover all museums in London