Green Vault and its collection 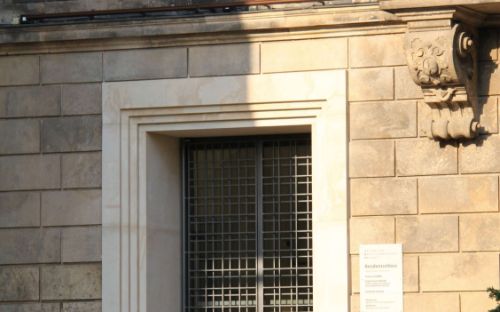 The Green Vault (Grünes Gewölbe) is a museum in Dresden that holds the largest collection of treasures in Europe and contains many exhibits from the Baroque to Classicism. The Green Vault is named after the formerly malachite green painted column bases and capitals of the main rooms. The museum opened in 1759, which makes it one of the oldest museums in the world. The museum features two exhibitions: The Historic Green Vault (Historisches Grünes Gewölbe), famous for its splendors of the historic treasure chamber and the New Green Vault (Neues Grünes Gewölbe) that focuses on individual object.

Discover all museums in Dresden

No exhibitions in Green Vault have been found.

Your review helps other people learn about great and less great museums. If you've visited Green Vault, you can write your review below! Please pay attention to our content guidelines before you post your review.

Nearby and in or around Dresden

Discover museums near Green Vault in or around Dresden.

Discover all museums in Dresden