Kassák Museum and its collection 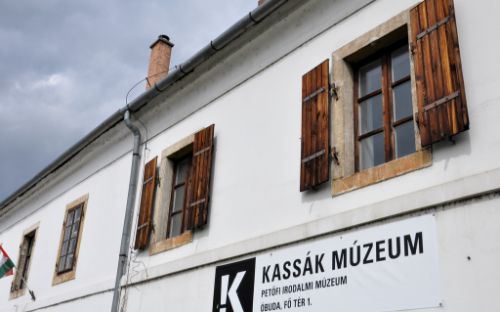 The Lajos Kassák Memorial Museum (Kassák Museum) is a museum in Budapest that is devoted to the Hungarian poet, novelist, painter, essayist, editor, theoretician of the avant-garde, and occasional translator Lajos Kassák. The museums exhibits his literary and fine art work in a permanent exhibition on the first floor of the former Zichy Castle, which was established in 1976 as a branch of the Petofi Literature Museum. There is also an exhibition on the legacy of other Hungarian writers of the 19th century. Also temporary exhibitions are often organized on avant-garde topics.

We don't have information about the facilities of Kassák Museum.

Discover all museums in Budapest

No exhibitions in Kassák Museum have been found.

Your review helps other people learn about great and less great museums. If you've visited Kassák Museum, you can write your review below! Please pay attention to our content guidelines before you post your review.

Nearby and in or around Budapest

Discover museums near Kassák Museum in or around Budapest.

Discover all museums in Budapest