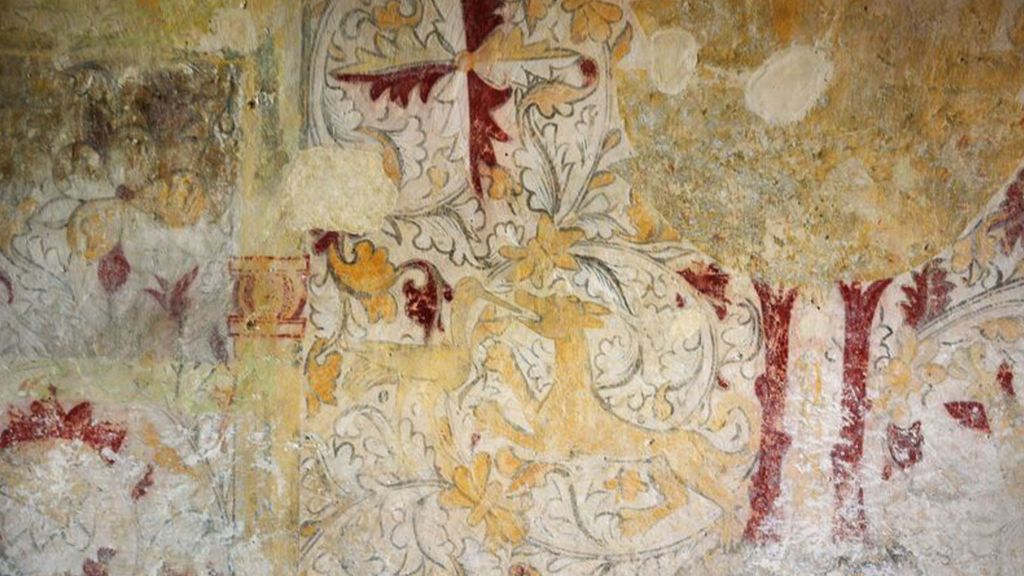 A fabulous scheme of early 16th century wall paintings in the upper rooms, described by architectural historian, Sir Nikolaus Pevsner as, “a rare English interpretation of French verdure tapestries”. The wall paintings dated around 1500 are said to be, “the most complete, extensive and important domestic decoration of this date in the country”. We have also, ‘Recognition’, an Allegory of the Northern Renaissance, by internationally renowned artist Stewart Taylor. Also housed, are works (evocation of sections of our wall paintings) by David Carson Shaw, Fellow of the Royal Society of Arts.