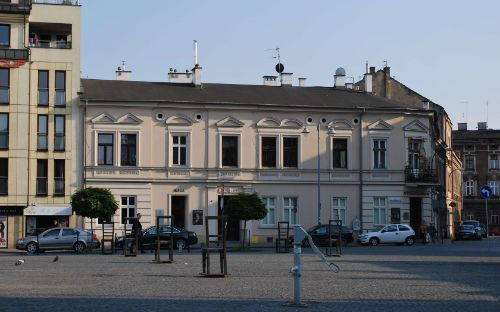 Apteka Pod Orłem (Pharmacy Under the Eagle) was the only pharmacy in the Krakow ghetto. The pharmacy was established in 1910 by Jozef Pankiewicz. During the Second World War the owner was his son Tadeusz Pankiewicz, the only Pole who lived within the boundaries of the ghetto, from the beginning to the end of its existence. Tadeusz Pankiewicz was the only pharmacist who refused to relocate his business to another part of the city. Pankiewicz and his staff were allowed to travel in and out freely due to their work. The building is part of the Historical Museum of the City of Krakow and features exhibitions related to the Ghetto Eagle Pharmacy.

We don't have information about the facilities of Apteka pod Orlem - Ghetto Eagle Pharmacy Museum.

Discover all museums in Kraków

No exhibitions in Apteka pod Orlem - Ghetto Eagle Pharmacy Museum have been found.

Your review helps other people learn about great and less great museums. If you've visited Apteka pod Orlem - Ghetto Eagle Pharmacy Museum, you can write your review below! Please pay attention to our content guidelines before you post your review.

Nearby and in or around Kraków

Discover all museums in Kraków